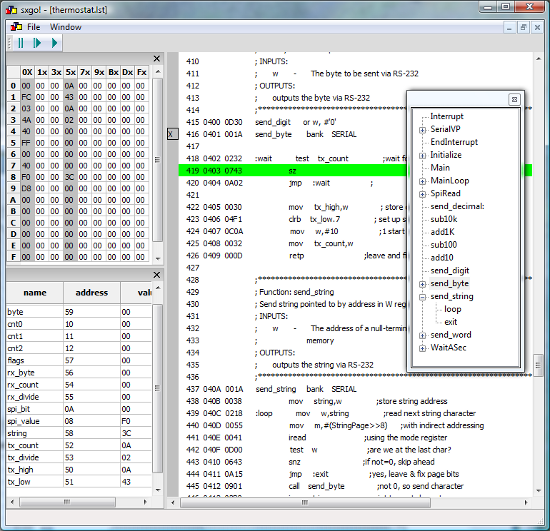 I'm developing this emulator for my private purposes (mainly testing complex SX assembly projects before doing a burn-and-watch-the-leds-blink-cycle). The emulator is limited in it's functions and certainly not as versatile as the already existing and excellent sxsim for windows. In its simplicity, it's got two advantages though: